Home | Who we are | Our history

Discover significant events in our history

We have a large, well organised archive at our County Office. The county archivist, is always willing to help people find out more about our history. Please contact her with any queries you might have or any items you would like to donate to the archives collection.

Old uniforms and other artefacts may be borrowed, please give as much notice as possible. 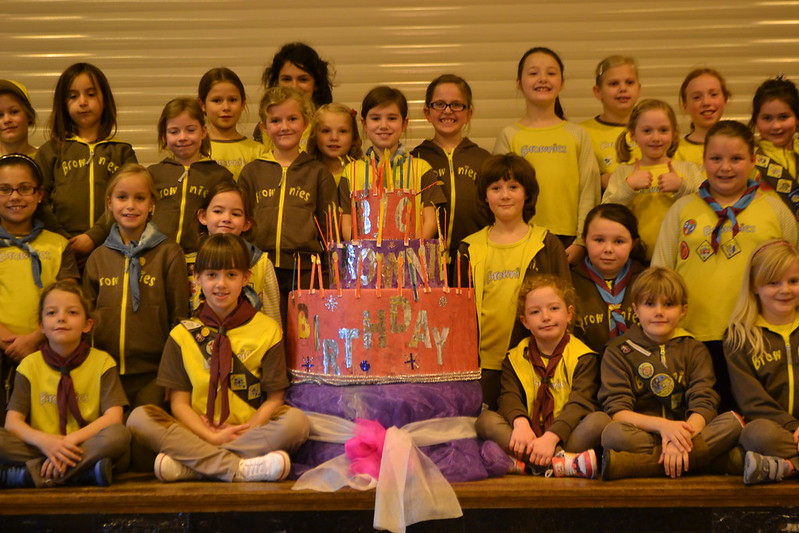 Leicestershire embraces the lockdown by holding a LEAPover event where members try and sleep somewhere different to their bed for a night.

Celebrations for 100 years of Girlguiding Leicestershire took place across the county.

Leicestershire Brownie places the crown on the coffin of Richard III at his reinternment.

Members from across the County come together to present ‘Kaleidoscope’ at the De Montfort Hall.

Queen’s Guide Award reunion at Topstones and Beacon lit for the Jubilee celebrations.

Guiding Centenary Launch event at Belvoir Castle. Events to celebrate begin including Brownies taking over the tracks at the Great Central Railway.

Leicestershire becomes the first county to move over to CRB forms.

New County Office at 97 Princess Road East opened by Miss Bridget Towle accompanied by a Party on the Park.

Launch of “Walk the Leicestershire Round” as part of fundraising efforts for the Activity barn at Topstones.

First computerised edition of the bulletin sent out.

County Headquarters at 56 Regent Road is opened by HRH the Princess Margaret, Association President with 7,000 greeting her on Victoria Park.

Charnwood ’80 is the first joint Scout and Guide International Camp. Guides from 1st Billesdon and Tugby sponser a Guide from Swaziland to attend raising over £400 for her to come.

County Cadets chosen to provide the colour party for the All England Cadet Rally in London.

Market Harborough Guides present flowers to the King and Queen as they pass through the town on a train.

Leicestershire recognised as a Guiding County